Get to the heart of the Douro in Pinhão

Posted on June 1, 2021 by expertbucketlister

The Douro Valley, a UNESCO World Heritage site known for being one of the oldest wine regions in the world, is recognized for its production of Portuguese regional Port wines. Along the Rio Douro, which travels east from the Atlantic coast and the city of Porto (Oporto locally) through Portugal to the Spanish border, is the Douro Valley, the prime region for the wine growth of Port wine. 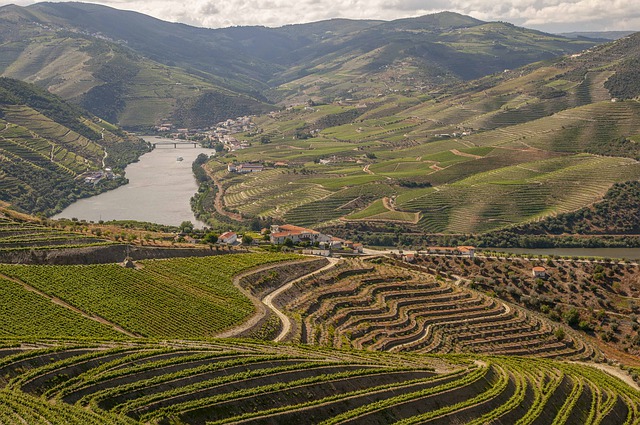 The rugged and remote 60 mile area of the Douro Valley is broken down into subregions. Within the central core Cima Corgo (land above the Corgo river) is where you will find the famous terraced vineyards that produce the finest Port wines of the Douro wine region.

As you travel the Douro river east, witness breathtaking high mountainous terrain with vineyards that expand into steep granite sloping land. From the rio you can see the grapevines growing in what appears to be a quilted patchwork. At the heart of the Cima Corgo where the Rio Douro and the Rio Pinhão converge is the small unassuming town of Pinhão. The small sleepy vila is surrounded by approximately 47,000 acres of vineyards and some of those vines date as far back as the original plantings by the Roman Empire. 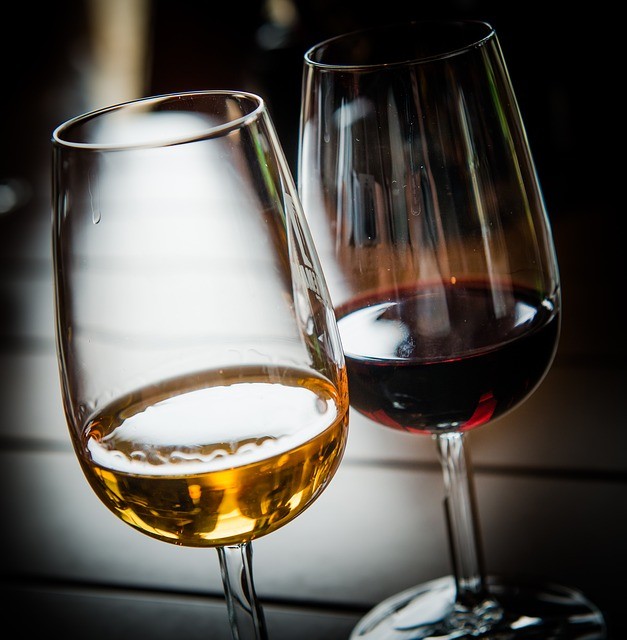 The wines of Pinhão, similarly to most of the Douro region, are primarily sweet, fortified wines produced from local grapes; Touriga Nacional, Touriga Franca and Tempranillo. Blended together, these grapes create wines that are both higher in alcohol and superior in flavor. Port wines are produced in varying styles based on an aging process ranging from the standard couple year aged Ruby Port to long aged and tawny colored wines. In addition to the popular Port wines, unfortified still and dry wines are also produced here using the same grapes. White Port wines are also found produced in this region as well as some Rose’ and dessert wines.

To fully understand these wines produced here, it is recommended that you immerse yourself in the wine culture of the town of Pinhão and its surrounding areas. 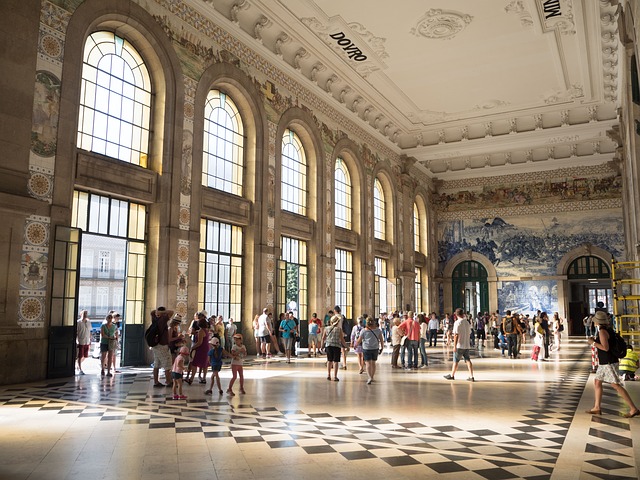 Pinhão Rail Station – considered one of the most beautiful train stations in Portugal, many visitors begin their Pinhão experience here in one way or another. For those arriving by train, they disembark and discover 25 beautiful panels of azuelos tiles each designed to portray historic scenes of the Douro wine region. As the main, central site within the town, even visitors who are not arriving by train will find themselves starting their explorations of the town of Pinhão here.

Tip: If traveling between June and October, take a ride on the historic coal burning Comboio steam train that travels above the scenic Douro river. During the ride, enjoy local entertainment while indulging in a glass of port onboard.

Originating in Regua, the train will arrive in Pinhão, with your next stop being one of the many local Quintas.

Visit a Quinta or two or three….. – family owned estates that feature a large manor home or possibly even a small palace, stands as the base for a vineyard, winery and even for an olive grower. Quintas, which means one-fifth, was the amount of produce that renters paid to use the properties they farmed on. The Quinta is at the center of wine production in Portugal and is part of a classification system that ranks Quintas based on characteristics of the vineyard. These include location, age, yield and topography with the highest quality Quintas receiving the highest prices for their wines.

Quinta hopping is part of the Douro experience and is the best way to experience some of the finest Port wines within the Douro region. Taking a vineyard tour of a Quinta provides understanding of the history and the vinification practices of that particular Quinta.

A highlight of your visit will be sampling their Port, usually while sitting on an open terrace peering out onto the vineyard and possibly overlooking the rabelos floating on the Douro river. 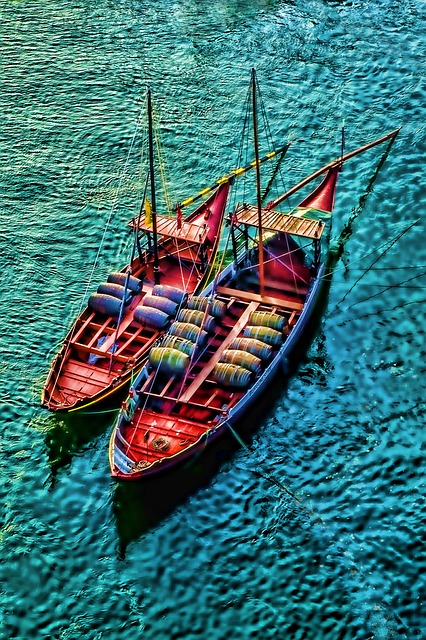 Rabelo Boat ride – Part of a Douro wine experience is understanding the history and culture of Port Wine production. In the late 18th to early 19th century after being put into oak barrels, the wines were sent downriver to the city of Oporto for bottling and distribution. The wooden flat bottomed boats used to transport the wine barrels are called “barcos rabelos”. Only found in the Douro region, the historic vessels can still be seen floating up and down the river.

A rabelo boat ride is the perfect opportunity to explore the Pinhão area from historic wooden cargo ships that transport guests between vineyards or offer a scenic cruise along the river. On your cruise as you travel from Pinhão and then back again, you will see the terraced vineyards as they have been seen for centuries.

Enjoy a late morning ride before grabbing a bite at one of the nearby cafes. 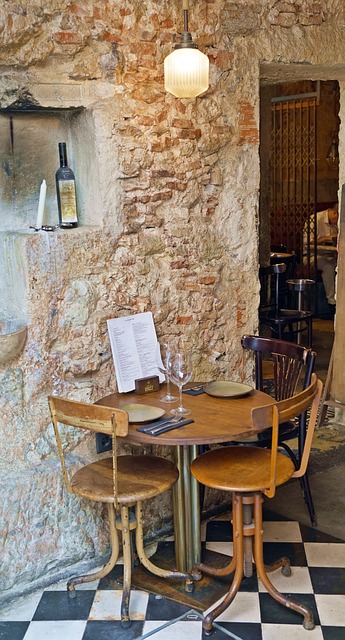 Dine like a local – When in Rome or in this case, Pinhão, sampling the local gastronomy is an integral part of your experience. Portuguese dining is essentially a farm to table experience. The Douro is well known for its fortified wines, and also grows many ingredients, like olives, almonds, mushrooms and chestnuts and more used in the fantastic dining experiences here. Honey and cured meats are also locally produced and served in Pinhão restaurants. Dining in Pinhão is all about the rustic flavors of the hearty meals and pairing them with the locally produced vins.

Some of the recommended local fare to try; Bola de Lamego, sandwiches made with fresh breads and fillings, Alheira smoked sausage and Arroz de Cabidela, a Portuguese risotto-like dish. While there are some great dining opportunities in and around Pinhão, some of the best dining can be found in the Quintas throughout the region. Pinhão even has a Michlin rated restaurant, Rabelo, known for its high standards and reputation as being the “best of the best” in the area. Located in a small hotel overlooking the river, Rabelo offers a modern take on local Portuguese fare. Of course don’t forget the Ports and unfortified wines that will make every bite taste better then the last.

Now that you are well nourished, you are ready for some adventure in the vineyards. 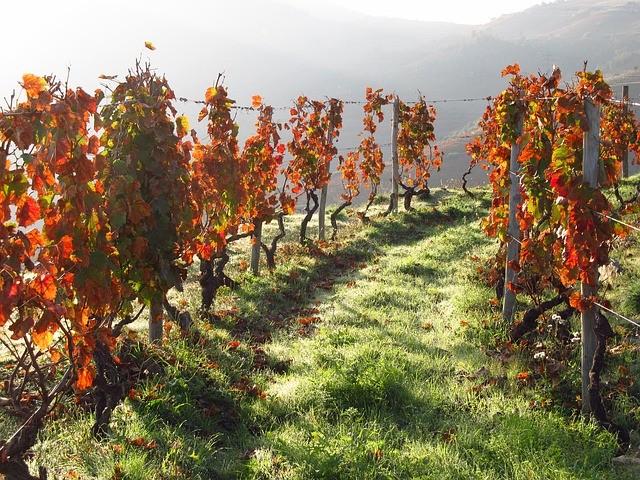 If hiking on your own seems risky,  then take advantage of the opportunity to arrange a guided tour or hop onto a guided trail tour offered by one of the many Quintas throughout the region.

As the center of wine production in Portugal, Pinhão offers plenty of experiences to immerse oneself into fully understanding the famed region. Familiarizing oneself with the grapes grown in the locally produced Port wines, learning about the historic production methods and of course sampling some of the Douro’s finest offerings are all included in time spent here.  Pinhão is the perfect base for exploring the central Douro Valley and enjoying the region’s highlights. 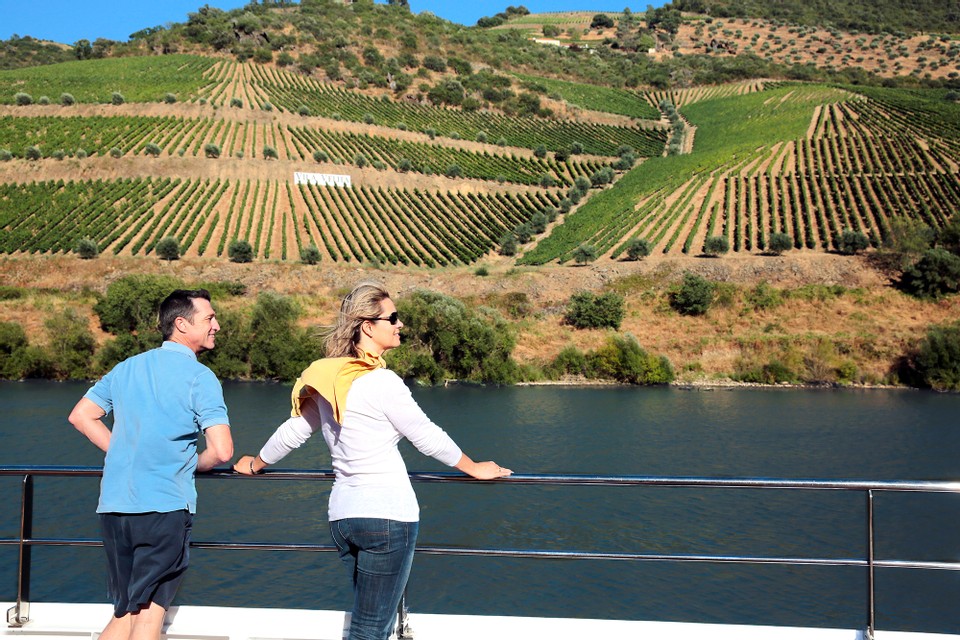 Many of the experiences discussed above are provided excursions on a Douro river cruise from the main city center of Northern Portugal, Porto. Enjoy seven days of travel on the scenic river stopping along the way to enjoy the amazing sites and flavors that this beautiful region has to offer.

This site uses Akismet to reduce spam. Learn how your comment data is processed.

Where are we sampling wine today?
Arles, a former haunt of Vincent Van Gogh may be one of the most beautiful cities in France.
Where to stamp your passport in 2023?